Not sure if I am reviving the old Best Actress analysis tradition, but just had a bit of time on my hands and wanted to check again the Best Actress performances nominated for 2015 and make a final decision on my ranking, because it feels like an unusual year (all 5 are rich performances, but I don’t fully love one or the other in particular) and it’s hard to choose a winner.

So here are some quick thoughts on these performances: 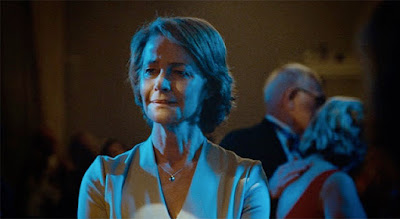 Call me a sucker for European realness. A European actress in a low budget European drama, giving a subtle, realistic, unglamourized performance. I had to warm up to Charlotte’s acting here, but objectively speaking this is the performance to reward: it shows the most technique, the most experience, great ability of owning the camera in all those close-ups. It’s very subtle, too subtle for my taste, but that’s the price to pay in order to stay real to the mood of the film. The character’s arc is remarkable and skilfully played out – Charlotte manages to create a Kate that we recognize, that we care for and, ultimately, that we feel so damn sorry for. 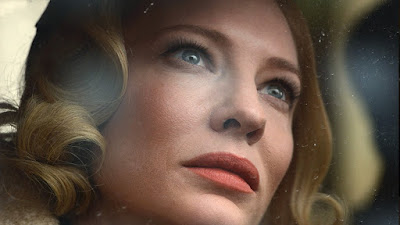 A great director like Todd Haynes helps a lot in making a great performance shine even stronger. The flawless style and classiness of the film benefit Cate’s performance – they create an aura around her: as a result of the way she is shot  and placed in the centre of Therese’s fantasy, this becomes a mysterious, sexy, glamorous performance. Cate brings intelligence and experience. It’s a performance accused of mannerisms and an unnatural feel, but to me those subtle diva-like accents fit the description of the character –a smart woman dealing with depression and loneliness by putting a façade, but also an expert at flirting who knows how to play the game. 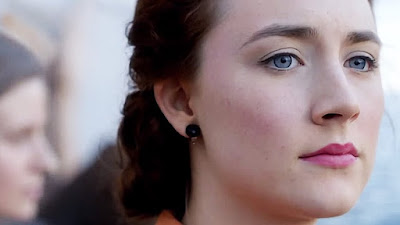 3. Saoirse Ronan as Eilis, in Brooklyn

This is the performance with the emotional punch. There’s the telephone conversation scene that might beat anyone’s acting moment of the entire group of nominees. Saoirse gives a performance that feels authentic, believable, mostly likeable, charming, and innocent, that brings drama and romance and naiveté at the key moments. So why isn’t this my #1 choice? So hard to say, I’m basing it on feeling, on my fading interest in the film, on me not understanding or believing the character’s actions in the second half. But even I must admit: the sane people have this on top of their rankings, because it clicks most boxes, and it is indeed an achievement. 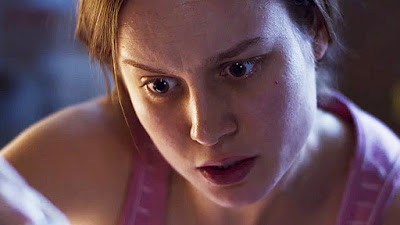 Brie carries the first half of the film, the Room section, with great ability, dedication and dramatic feel. It’s so good that it makes it believable and, when Jacob is not stealing the scene, she’s right there with him, as a balancing act, bringing to the story the tragedy of the character and situation – it can be seen on her face, in her very expressive eyes. Her realisation of what she has to do in order to save themselves feels heartbreakingly honest and what the film needs to nail the horror. But the second half brings a different focus on the character and, as the dramatic intensity of the story fades, so does the film’s interest in Joy. Overall, it’s a great performance, but uneven throughout the film. 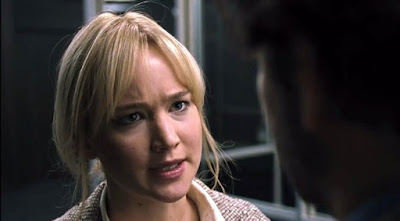 5. Jennifer Lawrence as Joy, in Joy

Jennifer is the shining light in this mess of a film David O. Russell put together and I don’t even think her performance is that much to begin with. To her credit, she’s charismatic and pulls it off by somehow handling the problematic dialogue. No surprise that she stands out more in the couple of dramatic scenes, where the tone of the film doesn’t feel like an unintentional joke. While she gets plenty of screentime, the screenplay and the story work against her, generating random and/or absurd scenes to throw the actors in. It’s more a 2 1/2, but I’m feeling generous.

Conclusion: I wouldn’t be surprised if in 6 months from now Brie would be my #1 or #2 pick, because I love my actresses in dramatic scenes and because, while different, the top 4 performances rank very similarly to me.

How the voting will go: Brie will win the Oscar easily. Saoirse is probably the runner-up, but not close enough. Room overperformed in terms of nominations and that helps Brie a lot. Charlotte would be 3rd, I guess, and the other two actresses really have absolutely no chance of winning.

For previous Best Actress years/rankings, just look over on the right, for a column with various years.
Nice writing this. J
at 2:02 PM

I'm so excited that you did this! As you know I've only seen Blanchett, Larson, and Ronan -- and agree with you when you say that they are each great in very different ways. That said, I'm a little surprised that Larson managed to win all the major prizes...thought there would be a little more competition there. I do have a favorite out of the three, but obviously need to see if Rampling has the goods to dethrone :)

And I don't know what you mean by "Not sure if I am reviving the old Best Actress analysis tradition," because I'm going to just happily believe that you'll be back at it again with 1939 as you promised so long ago (in addition to doing 2014 as well :P


About Larson, it might come down to 2 factors: people like Room (especially Academy) and 2) she had to go thru the most while playing this role. I guess they appreciate the emotional stress that Brie had to go thru in order to deliver the performance for that first half of the film. And I appreciated it as well, which is why she could be my #1...

Rampling will underwhelm you, so I hope me writing this will help overwhelm you once you see the film. :) I doubt my #1 choice. But it's the most honest. Still far from Emmanuelle Riva level, tho. And I've thought of Amour a lot these days. 45 Years is like the complete opposite of Amour in terms of marriage.

not gonna comment on the future, but thanks for caring. :)

I really missed your Best Actress thoughts from last year. I think this lineup is really good (Lawrence being the weak link, she's still good though). If Vikander and Mara had been placed in the leading category how would they do on your ranking?

Yes, there are things to like in Jen's performance.

Hard to say about Alicia, Rooney, I'd have to see parts of Danish Girl again... I really like both, but with the existing lineup however, they would not get in the top 3.
Rooney would be a 4 for sure, Alicia a 3 or a 4.

My vote for Supporting Actress, even ignoring the category fraud, would be JJL, in case anyone's curious. :) that's a 5 stars performance for the supporting category.

I've actually avoided seeing The Hateful Eight due to tepid reviews and the crazy length of the film, but after seeing her Oscar clip as well as your (and the others from Twitter's) praise - think I'll be giving it a shot soon :)

And why would I not care, I started blogging in part because I enjoyed your blog!!!

Well, H8ful is definitely to be seen... it's long, but doesn't feel like that. Because in a way it's a mystery film, so the suspense of it keeps you curious throughout.
Cal saw it 3 times in a week. It's not THAT good, so he's crazy, but still, it's very watchable. :)
Surprised they went with that Oscar clip. Sure, it's her brilliant moment in the film, but it's also kinda spoilerish, so don't rewatch that. :D

Yes! Jennifer Jason Leigh should have won, I also love Rooney Mara but she would get my vote in the leading category. Out of the nominees, Saoirse Ronan was fantastic.