I ended up with this Best Actress year, because I had something else in mind. And then decided it would be way too ambitious. So here I got stuck with these 5 performances – not
that they are bad, just that I had already seen all 5 of them and I know I don’t share the general love on at least one actress from the group – and... Well, fuck it, it’s meant to be a subjective process anyway. :)

The bottom line is Katharine Hepburn won her historical 4th acting Oscar (all for Leading); and all the cool people on the internet think Diane should’ve won. And all of you dislike Meryl in this.

So  here’s my ranking: 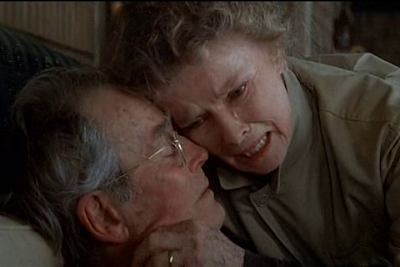 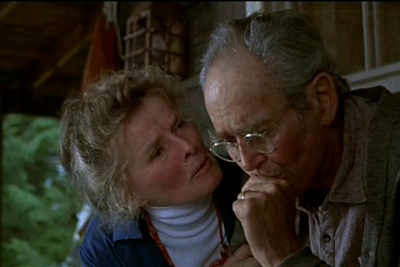 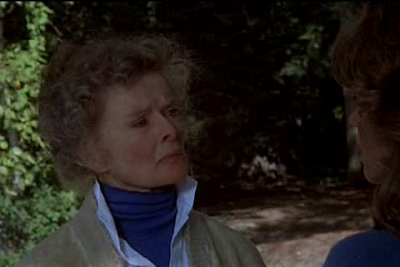 1. Katharine Hepburn in On Golden Pond

The role: Miss Hepburn plays Ethel Thayer, a cheerful, optimistic woman, who spends the summer by the lake with her grumpy husband Norman.

The film: It feels dated to the bone, but at the same time like precious material for the archives of movie acting. Boring to many, but we’re taking notes.

The performance: When in doubt, go with the legend. The entire performance is handled like a pro: Kate is completely dedicated to her character and to the story and her joyful persona stops the film from falling into depressing territory. On top of that, she gets a couple of killer scenes and is mesmerizing in the one that deals most with mortality. While the film often feels like a vanity project for the Fonda’s, with Henry getting the juicy dialogue lines, Kate is vital for the film, in a discreet but heartfelt performance. 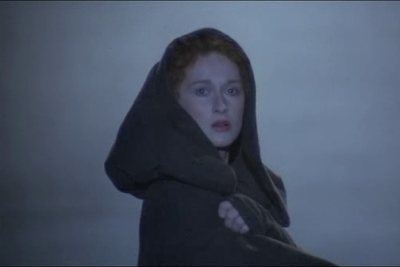 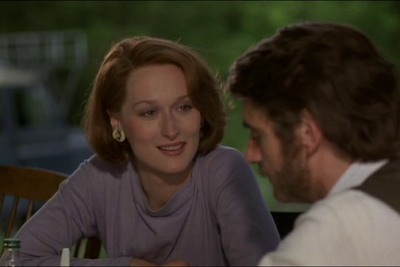 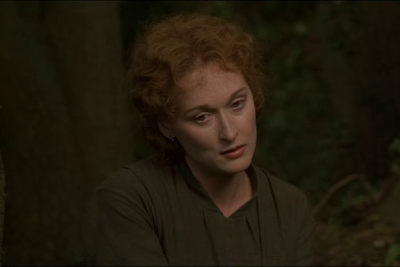 The role: Meryl plays Anna, a contemporary actress who is filming the role of Sarah, a 19th century mysterious woman, abandoned by her French lover.

The film: I like it more than I should because I had also read the book, I guess. The two leading actors elevate it and I admire the uncertainty of the story.

The performance: I was this close to hand the win to Meryl based on simply loving the character(s), her look and the air of mystery she brings to the film. I was mesmerized (!) every time she came on screen and I kept wanting more. Not demanding extra  from Meryl’s acting, who I think balances it well in the spirit of the film, but I loved Sarah and her presence. This isn’t the most demanding role for a leading actress, I know that,, but Meryl’s beauty and restraint take it to such a fascinating area that it’s an iconic role for me when I think of her career. 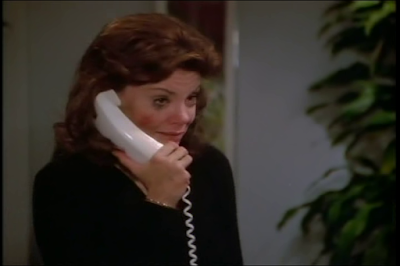 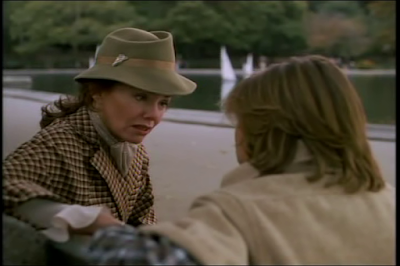 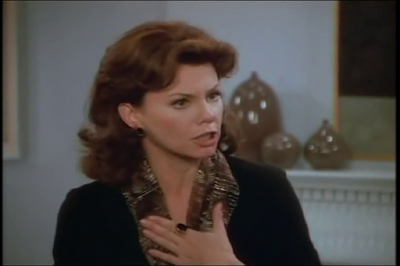 3. Marsha Mason in Only When I Laugh

The role: Marsha plays Georgia Hines, an actress who just got out of rehab and is now trying to get her life together.

The film: It’s just a series of one-liners, that don’t work as well as they used to do. The film has charm and the supporting actors rule, but it’s Neil Simon in cruise control.

The performance: I feel most guilty for downgrading this performance from the fabulous I found it to be a decade ago to the good performance it seems to be now. Yes, Marsha hits the right notes on so many occasions, but the performance is not exciting maybe because it’s so predictable. The smart-ass dialogue buries the significance of the emotional scenes and the character doesn’t quite feel fully developed: I admire what Marsha does so poignantly in isolated scenes, but it doesn’t gel together for me to buy into the character. The end result is that she is overshadowed by all 3 of her co-stars, who have smaller roles, but clearer and more interesting paths to follow. 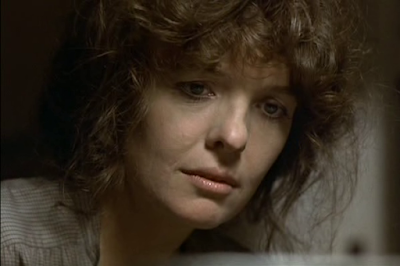 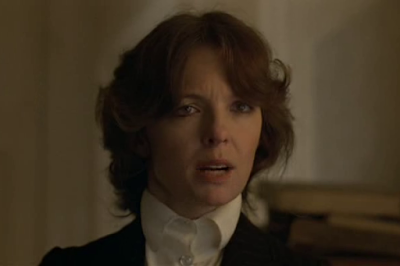 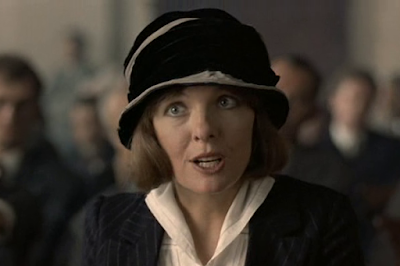 The role: Diane plays real-life journalist and activist Louise Bryant, who along with her husband gets involved with the Communist revolution in Russia.

The film: Not as captivating as I remembered it to be. It succeeds from a technical perspective, but loses its way towards the end (or simply doesn’t land for me).

The performance: The major following that this performance has gained recently is consistently surprising to me. Beyond the seriousness of the role and Diane’s good intentions, there’s very little to root for, especially on the page. It’s a character I couldn’t get too excited about or even barely like. Diane cries and acts smart (or not so much) when the story requires it, but since I’ve decided I don’t care too much about Louise, most of it leaves me cold. It’s a good performance of a dull character. 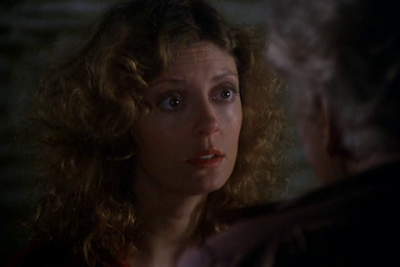 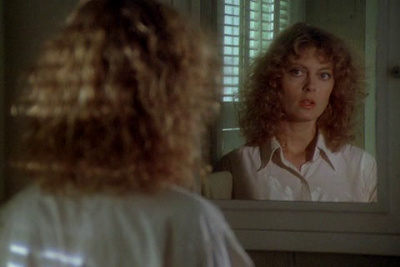 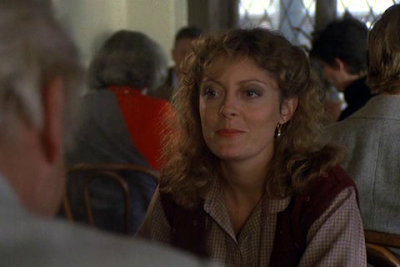 The role: Susan plays Sally, a woman whose life gets complicated when her estranged husband comes back into her life, bringing all sorts of trouble.

The film: The most dated of them all; a lazy attempt in screenwriting and directing. Burt Lancaster tries, but he is the only one to do that.

The performance: Susan’s first nomination is the only stinky one from her Oscar history. There’s almost no excuse for it; although not an A-lister at the time, she had done plenty of roles over the previous 10 years. But the experience doesn’t shine through here. There is a superficial approach to the character that’s visible in scenes where she could’ve offered much more. Of course, she gets very little from the director (which is why this isn’t a 1 star), but I constantly had the feeling she isn’t putting effort to justify the character’s actions, to navigate through the strange writing shifts or to create a relatable human being. It’s a surprisingly distracted performance.

Conclusion: I am confident about the ranking, except I kinda wish I had the balls to go with Meryl. This is a subjective game, but I’m keeping the ranking as it is, rewarding a bit more the substance over the style. I like the top two performances quite a lot.

How the Oscar voting went: Well, based on the fact that Meryl won the Golden Globe and the distinction from the Los Angeles critics, and this 1981 moment was prior to her 2nd win for Sophie, I’d say she was the clear favourite coming in. But those older voters just couldn’t resist Kate. So it must’ve been close. Fun fact: from 1955 to 1981 no actress over the age of 42 had won the Best Actress Oscar, except for Kate, who did so in ’67, ’68 and ’81. :)
I guess Diane was a long distance 3rd and Marsha  4th right behind her. One would think Marsha would be a dark horse given it was her 4th unsuccessful nomination, but I don’t think they cared too much about the film. Susan was for sure the last.

For previous Best Actress years/rankings, just look over on the right, for a column with various years.
Happy to be back.

Great to see you back! :) I really like this year even though I am not sure yet who will be my winner.

Up until I saw them all again, I thought Marsha was my winner, even though I liked Kate and had seen On Golden Pond at least twice before. :)
Before: I also thought I loved Reds. I thought Only When I Laugh was good. And that Atlantic City was not bad at all. And changed my mind when seeing them again.

The one that stands the test of time best is clearly French Lieutenant's.

Great to see you back here! Have not seen any performances for this year outside of The Fox and the Hound and Body Heat, with Kathleen Turner being the stand out (a strong 4/5 for me).

I have a sneaking suspicion I will love Kathrine Hepburn the most out of these nominees.

wow... haven't heard about Body Heat in a long long time. And haven't seen it since my teenage years.

Those are some surprising rankings! I've not seen anyone choose Kate in '81 before :) And I always forget that Marsha was around this year...

I've only seen Meryl out of the bunch, and it was quite some time ago. I didn't like the performance at the time; too stiff for me and I found the film was pretty uninteresting overall. Not sure that I'll like it again upon rewatch but we'll see!

Welcome back and I'm excited for your next year ;)

Ive seen Mason, Sarandon and Hepburn. Easily Hepburn. One of the most beautiful performances ever awarded!