I would say this is widely regarded as the most prestigious Best Actress race of the 1940s.

I chose this year having seen 3 of the 5 films and knowing, and in some case hoping, they will be pleasant to sit-through. And so they were, with the monumental exception of Our Town, which was quite bad.

Ginger Rogers surprisingly won the race against two previous winners and one remarkable breakthrough performance in a Best Picture winner. I expect fellow readers familiar with these performances will quite disagree with the following ranking. :)

Here is how I would have voted: 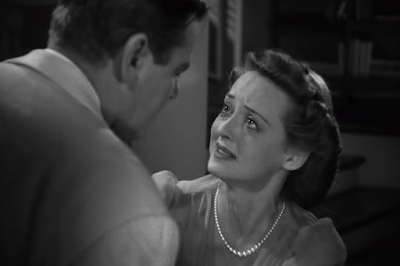 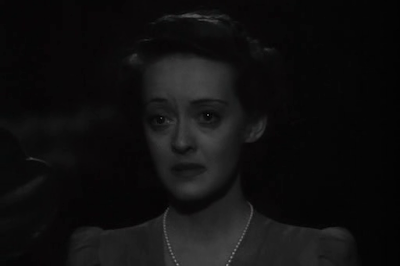 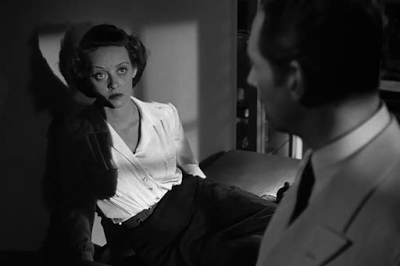 1. Bette Davis, in The Letter


The role: Bette plays Leslie Crosbie , the wife of a 1920s plantation owner in Indonesia, who shoots her lover in a moment of rage and tries to escape the consequences.

The film: I like it because it’s so well directed, never boring, and captivating through its performances. Let me say again what a subtle achievement this is for William Wyler, a director too often forgotten nowadays.

The performance: Bette delivers in a film that is mostly a vehicle for her amazing talent and consistent run of remarkable performances. Maybe I am a touch subjective, but there is no wrong note, nothing false, no hesitation: she manages to blend her experience of owning a scene with touches of sensibility and vulnerability. When the camera is on her, she is breathtaking and always captivating. Those expressive eyes bring extra layers of depth to the character, who could have simply been a delicious slightly crazy diva. This ranks easily as one of my favourite performances of hers. 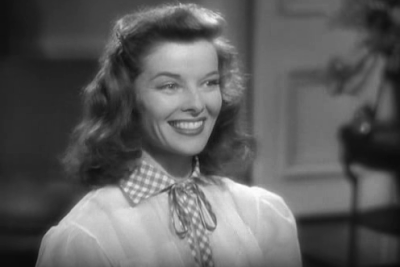 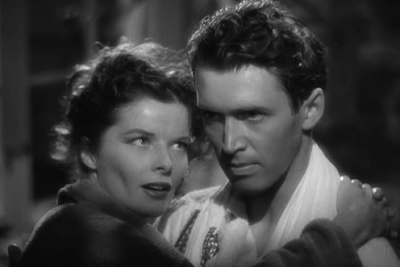 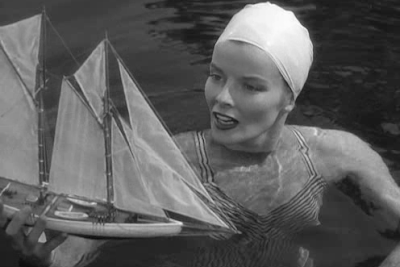 2. Katharine Hepburn, in The Philadelphia Story


The role: Kate plays Tracy Lord, a socialite whose upcoming wedding is crushed by her ex-husband, two reporters and some romantic entanglements.

The film: While the film lacks a clear direction in the second half, it’s considered something of a classic today, also because of its rich group of actors. I like it when it’s funny, but don’t worship it.

The performance: First, it needs to be stated that it’s a strong performance throughout the film, covering both of its aspects. The comedic first half is handled in a relaxed way, but with that specific Hepburn touch of intelligence and independence even when the screenplay is being a bit silly. The few more profound (dramatic doesn’t feel right) scenes in the second half somehow work against the film as they throw it a bit off balance, but they take the performance to a different level, giving Kate a chance to show vulnerability and to stand out from her fellow cast mates. Jimmy Stewart might have (undeservedly) won the Oscar, but she is the star of the film. 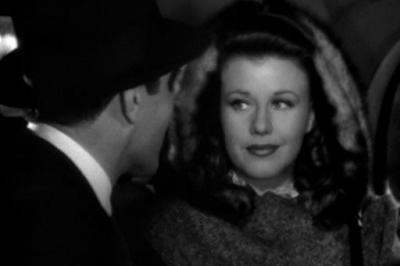 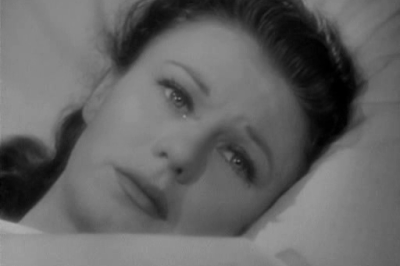 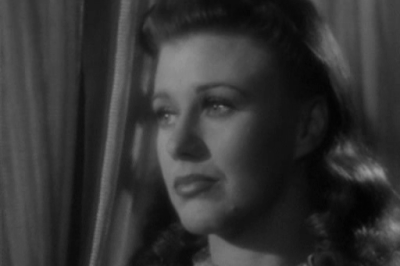 
The role: Ginger plays the title character, a woman from a modest background who, through a series of experiences, comes out as an example of the modern woman.

The film: Nothing remarkable, really, but not awful. Some choices in the story feel kind of fresh for that era, but the film ends up forgettable.

The performance: This has to rank as one of the most forgotten Best Actress wins in Oscar’s history and also one of the less seen. Given how it must’ve been voting nostalgia for the Ginger Rogers – Fred Astaire days of her career, I expected it to be bad. Actually, it wasn’t. What stops it from being a great one is the film itself; it offers a platform for a strong performance, and, while it’s not dull acting we are seeing, there is nothing too memorable either. There is honesty in the way Ginger creates the character, and also smartness, and also sentiment. But doesn’t feel like an exciting winner (or performance). 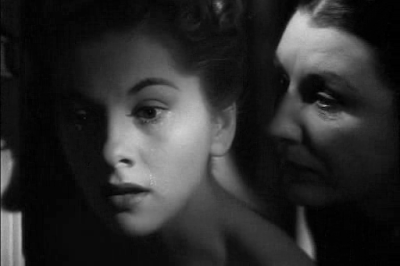 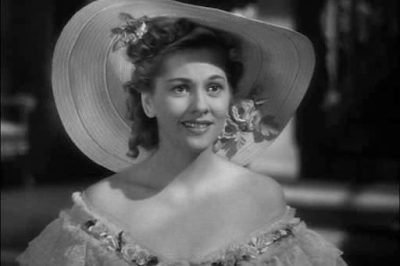 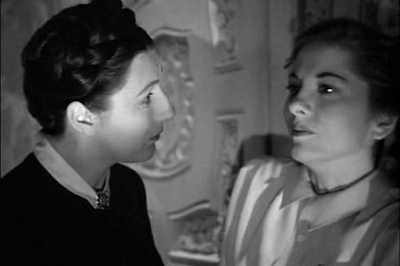 
The role: Joan plays the Second Mrs. de Winter (unnamed), a young naïve woman, who marries a mysterious widower, with a complicated past.

The film: It’s arguably my favourite Hitchock film: a great combination of a haunting story, remarkable characters, an incredible sense of noir and at least a scene that ranks high among the best in world cinema.

The performance: …and still, with all this love I have for the film, I can’t embrace Joan’s much-acclaimed performance. Clearly, she was a favorite to win the Oscar and I know at least one blogger who would rank this as being remarkable, but Joan’s style of acting (that I also penalized in 1941’s ranking with Suspicion) is too visible for me, too obvious and predictable. So many uh’s and ah’s on her face in each damn scene. No subtlety and a dated style of acting. I feel generous with my ranking. The scenes where all this exacerbated ingenuity works are the ones in Rebecca’s room, with the help of the director. Her ability to show tears and fear as she succumbs to dark thoughts is appreciated even by me. Beyond that, I was mostly unimpressed. A 2.5. 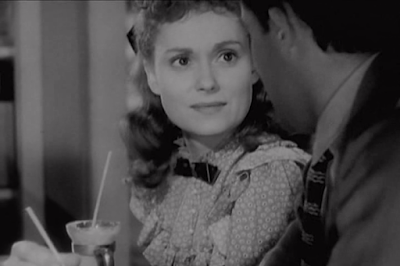 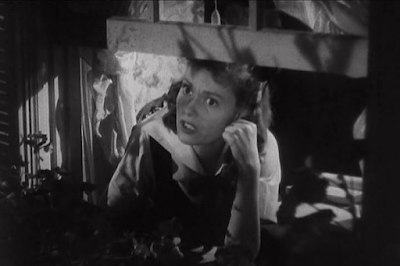 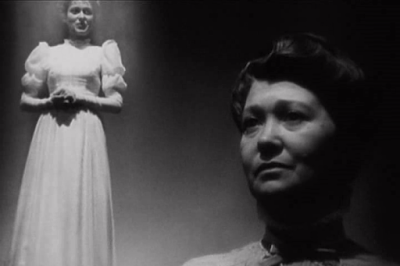 5. Martha Scott, in Our Town


The role: Martha plays Emily Webb, a character we follow from her teenage years to adulthood, throughout her normal life in a small town.

The film: I can only imagine the play must be just as bad. It’s a boring, uneventful film that suddenly turns what the fuck and then boring again.

The performance: Only once has it happened for me to give a 1 start ranking to a performance and up to the last 20 minutes or so I was convinced I was about to do that again. But something happened plot-wise that showed potential, it was unexpected and gave Martha something to work with. Gone were the silly affectations of a woman playing a teenager and we were discovering something dramatic, tragic, a life and death situation. But that lasted only a few minutes and while aptly delivered, it didn’t change my overall take on the performance drastically. We could still do without such a nominee.

Conclusion: It was easy for me to pick a winner here. The performances by Hepburn & Fontaine and even Bette’s (though she’s the best) have taken somewhat of an iconic status over time.

How the voting went: It must have been insanely close. I am sure Rogers winning must’ve had something to do with all the love & popularity gained during her dancing on screen years. But Fontaine was a shoo-in for the win, hit all the right Oscar notes. So she was definitely 2nd. And Hepburn a close 3rd. My darling Bette had won 2 Oscars in the previous 6 years so they weren’t willing to consider her for another win. Martha 5th, I imagine (and hope).

Surprised you did not care for Fontaine, but apparently her style of acting just doesn't work for you. Can't wait for Best Actress 2016 :)

I knew it was very unlikely to change my mind about Fontaine; I was open to it, but I knew even from seeing the film first time more than a decade ago (and loving it) that her performance was just not to my liking :)

I Love 1940 because these are all such exciting actresses (apart from Scott). I also belong to the Fontaine fan Club though 😀 Time for a rewatch

Deiner said...
This comment has been removed by the author.
7:46 AM

Why am I not surprised about Bette? :P I'm wondering how many trophies she'll have picked up once this is all said and done - at least 4 I bet? Speaking of 4, it's just dawned on me how few years of Kate's you've reviewed - I love me some old school Kate :)

I'm surprised that you care for Joan as little as you did - I think I get what you mean about her style of acting, but I think it fit with the context and tone of Rebecca very well. Ginger I enjoyed yet can't remember a whole lot of Ginger (forgettable indeed)

Also surprised about Martha. I didn't think she was completely pointless per se such that she'd almost warrant a one (I remember her being just fine with what was required of her) but now I'm just wondering if you're on to something and I was just being super generous back when I reviewed 1940...

@Fritz, 1940 was an exciting year in general. Great Dictator is still wow.

@Deiner, yes stay away from Our Town unless you have a really good reason. These 2 were the ones I too wasn't familiar with. About Kitty I can at least say it was watchable.

@Allen,
never counted my Bette wins. I would say 3 for sure already decided (40, 41, 50). And three more I'd have a hard time calling since I haven't done the years nor seen all the performances (38, 42, 62).
I revisited your ranking last night and you were insanely generous :D I guess Joan was more fresh for 1940, but looking at that performance now, it's almost a one trick pony and the same stuff she does in Suspicion too. :) but oh well. Still can't figure out how Rogers won, even considering the dancing years. I'm sure it was a tight vote in both lead acting races.

I can imagine Bette Davis lost since she quit her job as president of the Academy in January of 1941: not even a month after getting the job.

Anyways, saddened about Joan Fontaine's lower score. I saw it recently and well...
Here's my ranking:

But as a bonus, her are some other actresses and their ratings from me.

Having seen all of 1942, I have a strong hunch that you'll like Bette over at least three of her fellow nominees...I'm quite fond of her work in Now, Voyager, and I have a hard time imagining you not giving the win to her there. As for 1962 - I just remember you saying you loved her in Baby Jane. We'll find out some day!

Regarding 1940, I hold firm with my ratings for Joan, Kate, and Ginger. I wasn't wild about Bette, but I couldn't quite justify giving her a three (it was a lukewarm 4), and I admit I may have been generous with Martha at the time, but oh well! The ranking still remains the same :)

@ruthiehenshallfan99,
I don't think Bette expected to win or anything, since she already had 2 Oscars and she came maybe 4th in voting. Haven't seen His Girl Friday since forever.

@Allen
I love Bette in Baby Jane, but also Kate & Geraldine. I've never seen Anne & Lee, mostly because their films seem so dramatic. 1962 is a year I've considered doing for a while now, and I probably will, since I don't know who might winner could be.
Bette is quite impactful from 1st scene to last, and I like to believe I am quite objective about her (as I don't like her in Dark Victory for example - hope to get back to 1939 at some point too, though the winner is more than obvious there and I've seen Gone with the Wind more times than any human should)

The funny Thing is even though the roles of Joan in Rebecca and Suspicion are very similiar, I feel that her acting is totally different. And by that I don't mean that she uses different styles but rather that she manages to be totally convincing and captivating in Rebecca and uses her style to her Advantage. In Suspicion, I feel it is a 180° difference and she ends up pale and rid of any personality...