I am a bit angry at the lineup we got and in some ways my ranking is a bit of a fuck it, I am going with what I enjoyed most. Because it needs to be said, that with the exception of Jennifer Lawrence, any/all the other 4 nominees from last year’s Best Actress (Rampling, Blanchett, Ronan and Brie Larson) would easily win this category for me.

In a rich field that could’ve given us Amy Adams (perfect, 5 stars & almost career best in Arrival), Annette Bening (a performance of profound intelligence and wisdom in 20th Century Women) and… get ready for it… Emily Blunt (haters will hate all they want; Girl on the Train is awful – not as awful as Jackie though – but she is superb & mesmerizing playing a troubled alcoholic), we ended up with this group. I couldn’t get excited: Meryl is wonderful, but she’s lucky her Meryl tricks really work here. The others don’t stretch too much either: Emma plays a young actress auditioning and being A smart-ass, Isabelle plays a cold distant bitch, Ruth plays a nicely behaved, soft spoken housewife and Natalie… bless her heart, she tries, but no point when you’re so wrong for the part and the director is so wrong for the film and the screenplay is crap.

With an open heart and mind, I mostly gave them another go.

Here is how I would have voted: 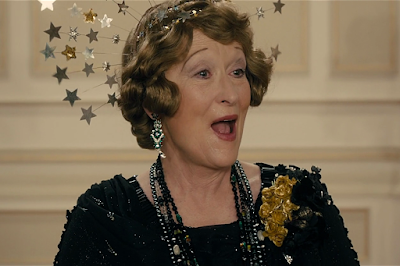 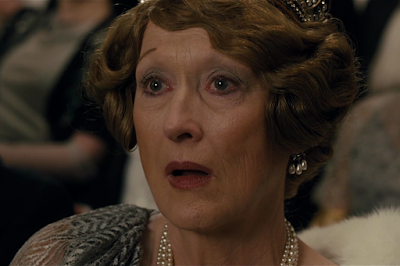 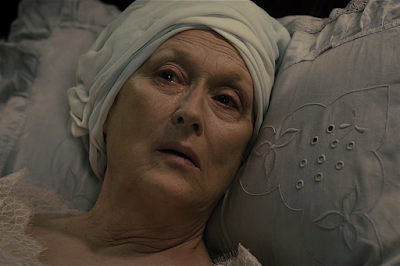 
The role: Meryl plays Florence, a socialite with a kind heart and many unfulfilled aspirations, who decides to give it a go as an opera singer.

The film: I liked it just a bit better now, because it’s indeed funny and catchy. Nothing groundbreaking, but strong performances and appropriate directing.

The performance: It would be easy to underestimate this performance and I needed a second view to be remembered of the dramatic layers. It’s not all about bad singing and eye-rolling (which are indeed very effective). Look at it carefully, there’s real character construction here. Surprisingly, the screenplay helps, as it alternates the comedy with stories of the character’s sad past – the scene with the doctor is heartbreaking, just like all the other scenes that deal with trauma and regret. Meryl brings much needed vulnerability which works to reflect emotion and empathy towards Florence; and also to give credibility to the giggly almost-teenagerish personality she has. The comedy itself is perfect – yes, with Meryl’s trademarks – but her divaness & extra gesturing really do work here. 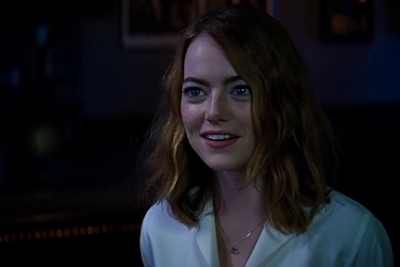 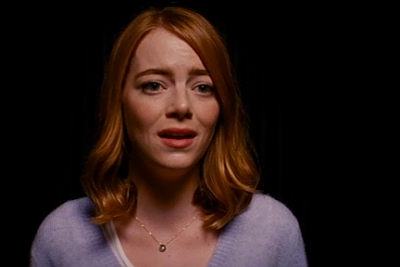 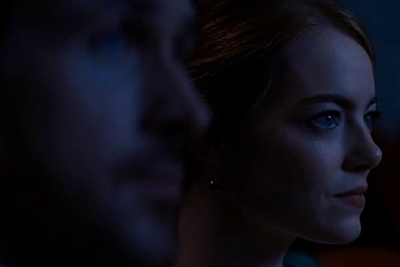 
The role: Emma plays Mia, an aspiring actress in Hollywood, who falls for a good-looking jazz player and they sing and dance and play out their relationship.

The film: It works better on the big screen, because when I also checked it on my laptop and some of the magic was lost. I like its ambition, the songs are a plus, I salute the charismatic actors, while the director is clearly the star.

The performance: I almost gave it the win and I almost ranked it higher, but I won’t hide around the obvious: it’s not just the character’s description, but the role is not the biggest stretch. For what she has to do, Emma succeeds – she is charming, down to Earth (much needed for the role to function), has a beautiful voice and those expressive eyes. The film wouldn’t work without her; yet putting the technical aspects aside, the character is only this deep. She is so damn charming and uses this gift wisely. I respect the performance more than actually loving it. 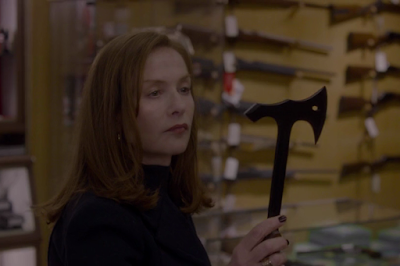 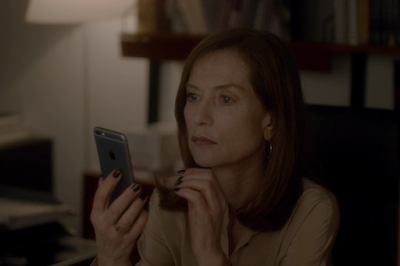 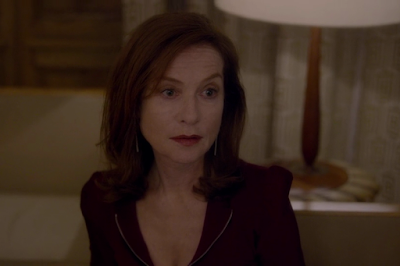 
The role: Isabelle plays Michèle, a strong independent very tough woman, who won’t allow her life to change after being the victim of rape.

The film: I still think it’s quite offensive in the way it handles the topic of rape, but even so I can’t deny the power of some secondary storylines and it’s especially well directed.

The performance: I looked at it again and I don’t get it – this insane buzz around a performance that Huppert could play in her sleep; and not just that, but also the stubbornness against a touch more emotion or something impactful or a bit of an arc or something new or… something believable. It’s not a performance that moves me or that I can really feel empathy towards; it doesn’t impress me, it’s just flat. Of course, she’s Isabelle Huppert and even a simple line reading comes with some intelligence, elegance, determination, class, but why do I feel like she keeps holding back on the good stuff or no interest in putting that much effort. Where I found the performance to work best was in the mother-daughter, father-daughter and even mother-son relationships, which were interesting from the character’s perspective and had a bit more life in them, which is why I didn’t rank it lower. 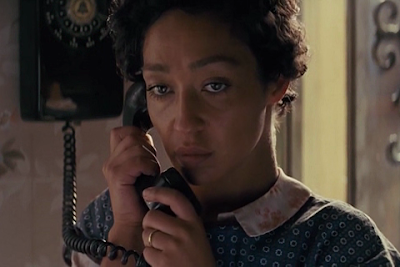 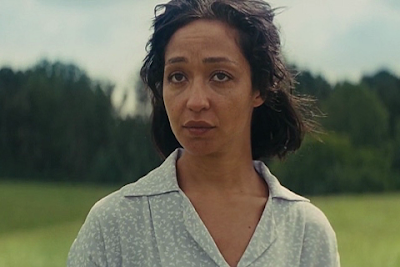 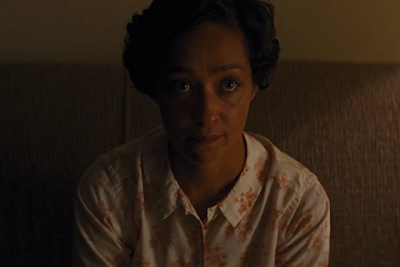 
The role: Ruth plays Mildred, a black woman who marries a white man and suffers the legal consequences for it in 1960s America.

The film: I guess it has a certain charm to it, being almost poetic, if not a bit too slow and slightly boring at times.

The performance: …Which relates in many ways to the performance, as I wonder if the director somehow killed any intention of energy that Ruth would’ve injected in the character. Ruth has a very beautiful face and very expressive eyes and that helped a lot in a couple of scenes (two of them with her talking on the phone) where she gets to react in a more emotional way. The quietness of the performance can leave the impression we are not seeing enough, but also creates this aura of mystery around Mildred and if sensibility is something she was trying to convey, we get the message. 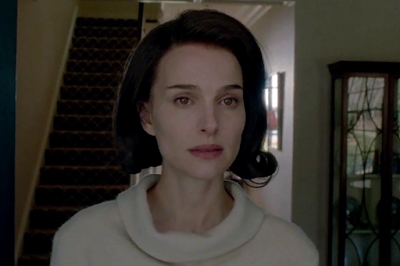 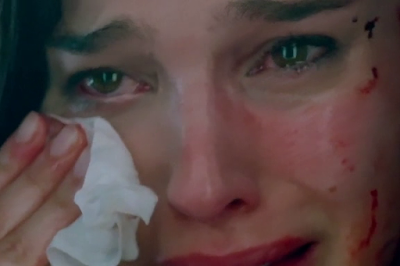 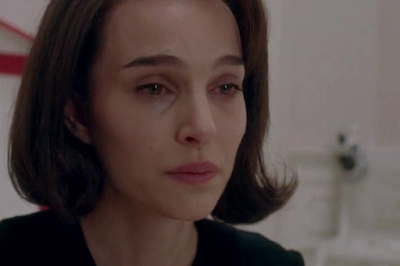 
The role: Natalie plays Jackie Kennedy, the First Lady, in the hours and days following her husband’s violent death.

The film: Hated it. Not much to add.

The performance: Just because there are tears and big, important scenes doesn’t mean I automatically fall for it. First, she’s insanely miscast; I’m not talking about the voice or accent (though that pronunciation of Camelot is now stuck in my brain to bring back the bad memories), but just the kindness and sensibility that Natalie should show us and it’s just not there the way it should be – in a relatable way. No believable warmth, nothing human enough to grab on. From her own acting choices to the direction she’s given, it’s all pompous, pretentious, it lands as fake. So let’s just say I wasn’t moved; but this is not a 1 star because it’s clear the director’s the first one to blame (and I want to leave Anne Bancroft the exclusivity of being the only performer so far, for Agnes of God, to get the abysmal 1 star from me) for stirring her on this unfortunate path. And she does try try try, but I am not impressed.

Conclusion: My first reaction was that I don’t want to pick a winner, since I feel none of them deserves that Oscar, but I feel very confident now by going with Meryl.

How the voting will go: Emma will win, and Isabelle is the potential spoiler, with all the campaigning and buzz and fake buzz that have been going around. Meryl is 3rd because she gives great speeches. Natalie must be 4th and maybe Ruth last.

What’s next: Probably 1962, since I’ve already started seeing the films. And I need a GREAT year to make me forget about 2016’s lineup.

I was afraid that you're going 1 star for Natalie. I'm not crazy for it, but she's insanely committed in that role. I also have a recurring recall of her accent work so she sticks haha.

Currently, my top 3 Best Actresses this year so far don't have any Oscar nominee: Amy Adams (floored me), Sally Field (nails eccentricity with depth), and Viola Davis (category fraud, what a complete performance).

My ranking:
1. Isabelle Huppert (though I'm not obsessed with her work here)
2. Meryl Streep (dug the vulnerability and humor working together)
3. Emma Stone (she is La La Land's emotional vessel, full of heart)
4. Ruth Negga (speaks volumes even when the film feels too quiet)
5. Natalie Portman (that commitment to the role is remarkable)

We agree about Adams, phenomenal performance. But I can tell you that my ranking of the nominees would be very different and I like the category much more than you. Also, I actually loved Jackie.

@Juan,
Haven't seen Sally, nor would I really intend to. :) Viola I think is a bit overrated; like 3 stars or so, I really disliked Fences.

@Giuseppe,
I know I am in a somewhat minority about Natalie, though I am not alone in hating the film. I think they were anticipating the divisive nature.
Really happy this race is almost over (and also Actor), felt more intense behind the scenes that any recent acting battles, and I am tired of the campaigning, overcampaigning, undercampaigning (Casey) and petty drama. Not much love for me, just Meryl felt like the natural choice.

Oh, and I also agree on Emily Blunt. Terrible film but she's terrific.

I fall for that kind of juiciness :) (the drunk monologue in the bathroom mirror!)

Just check Sally if you have the time. She's a treat. ;)

She surprised me in the biggest ways. She's in a small quirky comedy ; it shouldn't have worked that well, but she did wonders with that role. An actressing delight, I must say.

Disagree completely on Natalie. Fantastic performance, very detailed in every way. She nailed it ;) Same with Huppert. Almost agree on Meryl and Negga. Disagree about Stone, much higher rating for me, although not the winner.

Deiner said...
This comment has been removed by the author.
7:42 AM

Not sure how I expressed Amy's achievement, usually I go by "arguably her best" or "probably", because of course she's excellent in Junebug and... **hides from judgment** I think she's fantastic in... Doubt.

Unlike Girl on the Train, which I found stupid but very watchable, I hated Jackie (the scene alone at the ending after the funeral when she drives by a store front and sees in the window dresses and mannequins copying her style, so on the nose and dumb and as if the real Jackie would give a fuck after burying her husband - would be enough of a clue how awful and pretentious it all is. And Natalie plays the film's tune. When my dislike for the material so strong, it's hard to separate).

Well - I definitely disagree with your thoughts on Natalie. I don't know that I understand your comment about her lack of warmth, because I think the specific chapter in her life that the film tackles is supposed to display a colder, detached side to her. In any case, I'm just mind-boggled that you didn't like her, but let's agree to disagree!

My thoughts on Isabelle and Ruth are pretty much the same as yours, and I'd probably rate Emma a little higher. Haven't seen Meryl yet though :)